Why We Need Fred Rogers Now More Then Ever 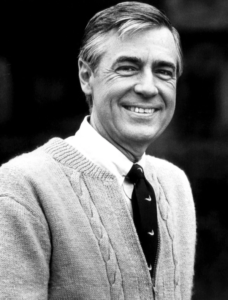 There’s never been and never will be another Messiah like Fred McFeely Rogers.

That might seem a little overboard but I truly mean it. To this day, I still think of him as another grandfather. The one we could turn too when things got rough.

I enjoyed watching him throughout my childhood even though my parents often picked on him. They’d call him a “pansy” or “creepy”. Let’s just say….I had an “interesting” childhood.

Fred Rogers showed a generation that being who you are is important. Even if it’s “pansy” or “creepy”. It’s “YOU I like” was the message. But how did he develop this persona? I came up with a little list of things that part of the Mr. Roger’s DNA that might be missing in today’s society.

He Had a Lonely Childhood

Fred Rogers was an only child until he was 11 — a shy, chubby kid who was bullied by a lot of the kids. Probably for the same reasons I mentioned earlier.

Yes friends, Mister Rogers hated television. He saw it as a tool and not for mindless garbage. He worked for a few years as a floor manager for some NBC TV shows, which he didn’t enjoy. “People throwing pies at each other’s faces” just seemed “demeaning.”

He Was an Ordained Minister

He was ordained a minister in the Presbyterian church in 1962, he never had a church of his own. He saw “Mister Rogers’ Neighborhood” as his ministry.

He Was a Quiet Radical

Although Rogers was not out protesting in the streets, he was very in tune with the issues of the day. During the week that “Mister Rogers’ Neighborhood” first aired in 1968, he shared his antiwar beliefs on TV. That same year, he also introduced a black character, Francois Clemmons, as Officer Clemmons. He was the first African-American to have a recurring role on a kids’ TV show (“Sesame Street” debuted in 1969.) Clemmons at first didn’t want to take the role, as he had a negative opinion of policemen. But he ended up staying for decades in the part. One famous scene has the two men resting their feet together in a tub of water.

The Show Was a Model for ‘Blue’s Clues.’ 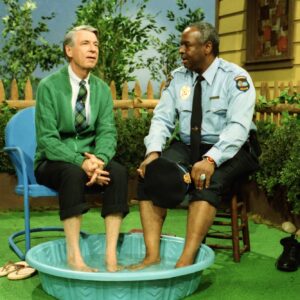 So many of the episodes dealt with feelings and inner worth, and the show’s pacing was much slower than that of a typical children’s show. Blue’s Clue’s knew (because of Fred Rogers) that when you talk to the camera, and you pace it adequately, you’re going the audience directly. Notice I said “to the audience” not “at the audience”.

Isn’t that part of the longevity? Think about it Mr. Rogers modeled how to talk to children with patience, tenderness, and respect. He understood that they experience a wide range of emotions and that it is important to help them understand those feeling, including scary ones. He never shied away from difficult topics such as death and divorce.

Fred Rogers believed that “love is at the heart of everything. All learning, all parenting, all relationships. Love, or the lack of it.” Sometimes we need a gentle reminder. Fred Rogers is gone but if he’s with all of us. He would help us return to our best selves, to be good neighbors to one another. After all, it’s such a happy feeling, we’re still growing inside.